This coming Sunday is the Nineteenth Sunday in Ordinary Time. To help you prepare for worship, consider these timeless insights from St. Jerome on Sunday’s Gospel reading.

14:22. And he compelled his disciples to get into the boat and to go ahead of him across the sea, until he dismissed the crowds. He ordered the disciples to cross the sea and he compelled them to get into the boat. By these words it is shown that they withdrew from the Lord unwillingly, since for love for their teacher they do not want to be separated from him even for a moment of time.
14:23. And when he had dismissed the crowd, he went up on a mountain alone to pray. If the disciples Peter, James, and John, who had seen the glory of the transfigured one, had been with him, perhaps they would have gone up on the mountain with him, but the crowd cannot follow to the heights. He can only teach them near the sea on the shore and feed them in the desert. Now it says that he went up alone to pray. You should refer this not to him who, from five loaves, satisfied five thousand men, not counting the women and children, but to him who, when he heard about the death of John, withdrew to a lonely place. It is not that we separate the person of the Lord, but that his works have been divided between his deity and his humanity.261
14:24. But the boat was being buffeted by the waves in the midst of the sea. It was right that the apostles departed from the Lord against their will and reluctantly. They did not want to suffer a shipwreck in his absence. Finally, while the Lord was delaying at the top of the mountain, at once a contrary wind arises and disturbs the sea. The apostles are in danger, and a shipwreck continues to be imminent, until Jesus comes.
14:25. But at the fourth watch of the night, he came to them, walking upon the sea. Guard duties and military watches are divided into intervals of three hours. So then, when he says that the Lord came to them at the fourth watch of the night, he is showing that they were in danger through the whole night. Then, at the end of the night and at the consummation of the world, he will bring help to them.
14:26. And when they saw him walking upon the sea, they were alarmed and said: “It is a ghost!” If, in accordance with Marcion and Manicheus, our Lord was not born of a virgin, but appeared as an imaginary representation, how is it that the apostles are now afraid that they are seeing a ghost?
14:26. And they cried out for fear. A confused outcry and uncertain voice is a sign of great fear.
14:27. And immediately Jesus spoke to them, saying: “Have courage; I am.” In the first place, this brings a remedy for what was the cause [of their fear]. He commands those who are afraid, saying: “Have courage,” do not fear. In the words that follow: “I am,” he is not adding who he is. For they could either have understood him from his voice, which was familiar to them and which was speaking through the misty darkness of the night; or they could have recalled that he was the one who they knew had spoken to Moses: “You are to tell this to the sons of Israel: He who is has sent me to you.”
14:28. But Peter responded and said: “Lord, if it is you, command me to come to you on the water.” In all passages Peter is found to be a man of an intensely burning faith. When the disciples are asked who men were saying Jesus is, Peter confesses him to be the Son of God. When the Savior wills to go to his Passion, Peter is unwilling that he whom a little earlier he had confessed to be the Son of God should die.266 I grant that Peter was in error on this matter, but the error was not in the affection he had. Peter goes up on the mountain with the Savior, as first among the first. And in the Passion, Peter alone follows.268 With bitter tears he immediately washed away the sin of denial into which he had fallen due to sudden fear. After the Passion, when they were fishing at Lake Genesareth, while the Lord was standing on the shore, the others were taking their time in sailing back. But Peter brooks no delay. He wraps himself with his garment and at once plunges headfirst into the waves.270 Therefore, with the same ardor of faith that he always has, now too, while the others are silent, he believes that by the will of his Master, he can do what Jesus was able to do by nature. “Command me to come to you on the water.” You give the command, and on the spot the water will grow solid, the body will become light, which in its own right is heavy.
14:29. And getting out of the boat, Peter walked on the water. Let those who think that the body of the Lord was not a true body because it went softly like air over the soft water answer how it was that Peter walked. Surely they are not going to deny that Peter was a true man.

This infamous scene of Jesus walking on the water has a way of encouraging us and confounding us in our faith. To dig deeper in your own devotional time, contemplate these verses in the Verbum Bible Study software. Or, if you don’t yet own it, request Jerome’s commentary—available this month at a special discount. 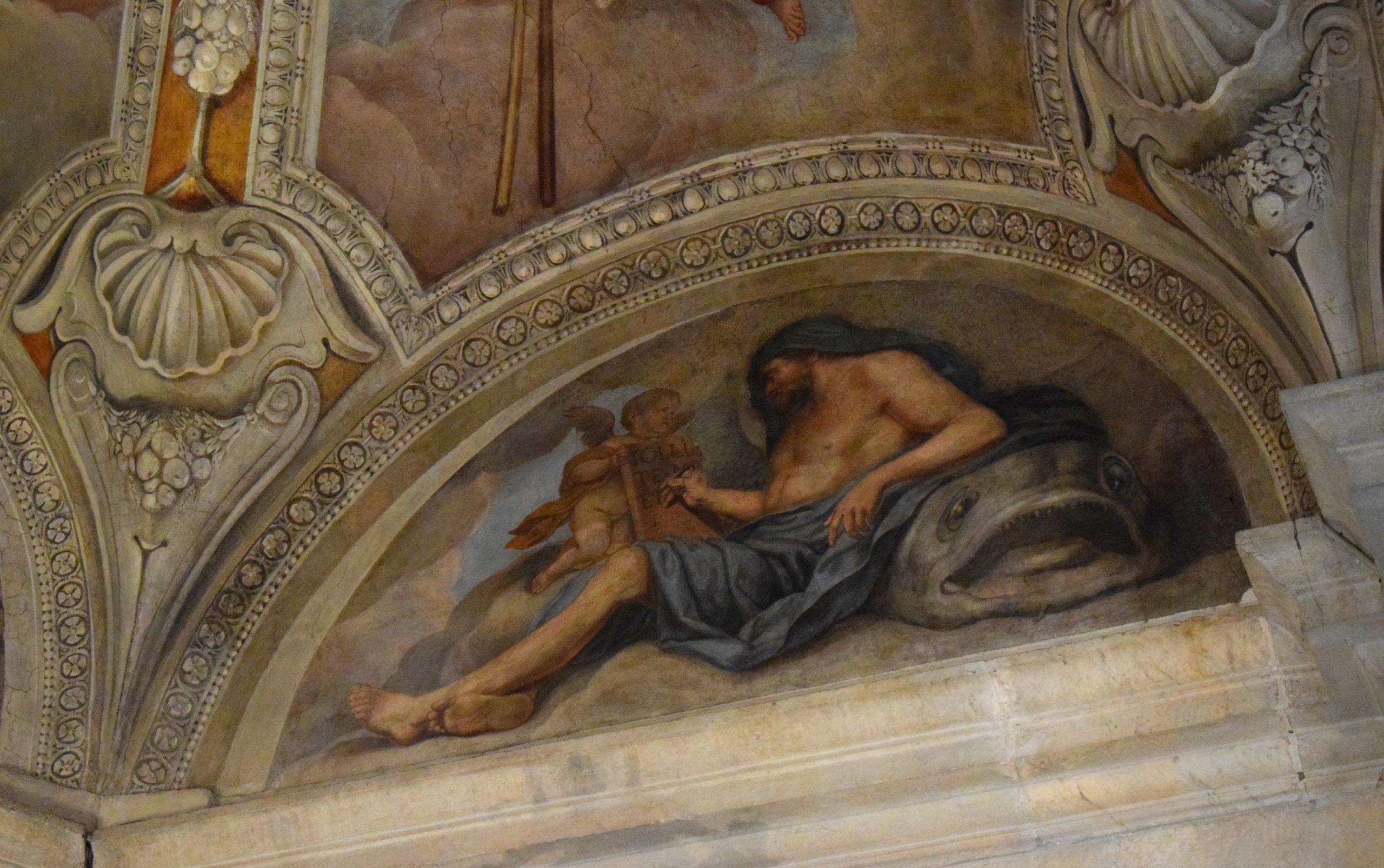 Readings on Sunday’s Gospel, Parable of the Marriage Feast