Pope Benedict XVI died on December 31st. He’s remembered in one obituary as “the greatest mind to reach the papacy in a millennium,” and his work will shape the Church for centuries to come. (For an overview of his place in Church history, see Andrew Jones’ four part series “Pope Benedict XVI and the History of Papal Resignation”: Part 1, Part 2, Part 3, and Part 4.)

The Spirit of the Liturgy and Introduction to Christianity, along with the Jesus of Nazareth trilogy, are Pope Benedict XVI’s most famous books, but another way of approaching his work is through his interviews, speeches, and radio addresses.

Faith and Future is a collection of radio broadcasts he delivered in 1969 that includes his challenging vision of the future of the Church: “From the crisis of today the Church of tomorrow will emerge — a Church that has lost much. She will become small and will have to start afresh more or less from the beginning. She will no longer be able to inhabit many of the edifices she built in prosperity. As the number of her adherents diminishes, so it will lose many of her social privileges. In contrast to an earlier age, it will be seen much more as a voluntary society, entered only by free decision. As a small society, it will make much bigger demands on the initiative of her individual members. Undoubtedly it will discover new forms of ministry and will ordain to the priesthood approved Christians who pursue some profession. In many smaller congregations or in self-contained social groups, pastoral care will normally be provided in this fashion. Along-side this, the full-time ministry of the priesthood will be indispensable as formerly. But in all of the changes at which one might guess, the Church will find her essence afresh and with full conviction in that which was always at her center: faith in the triune God, in Jesus Christ, the Son of God made man, in the presence of the Spirit until the end of the world. In faith and prayer she will again recognize the sacraments as the worship of God and not as a subject for liturgical scholarship.”

Before his election to the papacy, Benedict XVI spent years as Prefect of the Congregation for the Doctrine of the Faith. Then Joseph Cardinal Ratzinger gave three book-length interviews: The Ratzinger Report, Salt of the Earth, and God and the World. The latter took place over three days at the Benedictine Abbey of Monte Cassino and addresses deep questions of faith and the living of that faith in the modern world. In God and the World he talks about understanding the Church through the liturgy: “If we want to understand the Church properly, then we must look at her, I think, above all from the standpoint of her liturgy. That is where she is most often herself; that is where she is ever and ever again touched and renewed by the Lord. For in the liturgy we must in fact live the Church by starting from Holy Scripture, from the sacraments, from the great prayers of Christendom. And this is the way that, as Leo the Great says, we can gradually clear away the haze that makes the air so thick and the grains of sand that have got in our eyes and can begin to see better. Then we will see that the Church has far greater depths. That the communion of saints belongs to her, the community of all those who have gone before us and, in particular, the hidden and simple saints. That she lives in so many believing people, who are inwardly bound to Christ, and that her roots above all reach down into Christ himself. Christ is the constant power that gives life to this vine and makes it capable of bearing fruit. In this sense, the reality of the Church is far greater than what you can tabulate in statistics or achieve by decisions. This reality is a living organism, whose life cycle derives from Christ himself.”

Pope Benedict XVI was concerned with the history and future of Europe. He often remarked that he chose St. Benedict as the patron of his reign because the saint points to the Christian roots of Europe, and he wrote and spoke frequently on the subject:

His writing and speaking was always erudite, orthodox, and clear, but above all it expressed a deep love and faith, as seen in this reflection on the gift of faith from a General Audience in 2012 on the Annunciation:

Abraham’s full trust in the God who is faithful to his promises did not fail, even when his word was mysterious and difficult, almost impossible to accept. So it is with Mary. Her faith experienced the joy of the Annunciation, but also passed through the gloom of the crucifixion of the Son to be able to reach the light of the Resurrection. It is exactly the same on the journey of faith of each one of us: we encounter patches of light, but we also encounter stretches in which God seems absent, when his silence weighs on our hearts and his will does not correspond with ours, with our inclination to do as we like. However, the more we open ourselves to God, welcome the gift of faith and put our whole trust in him — like Abraham, like Mary — the more capable he will make us, with his presence, of living every situation of life in peace and assured of his faithfulness and his love

Pope Francis presided over Pope Benedict XVI’s Requiem Mass at St. Peter’s Square last week and ended his homily thus: “God’s faithful people, gathered here, now accompanies and entrusts to him the life of the one who was their pastor. Like the women at the tomb, we too have come with the fragrance of gratitude and the balm of hope, in order to show him once more the love that is undying. We want to do this with the same wisdom, tenderness and devotion that he bestowed upon us over the years. Together, we want to say: “Father, into your hands we commend his spirit”. Benedict, faithful friend of the Bridegroom, may your joy be complete as you hear his voice, now and forever!” 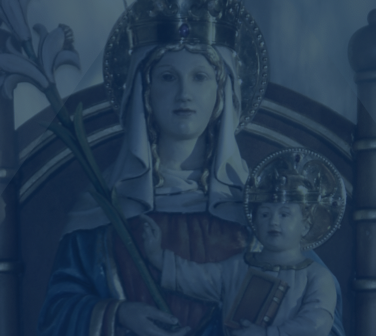